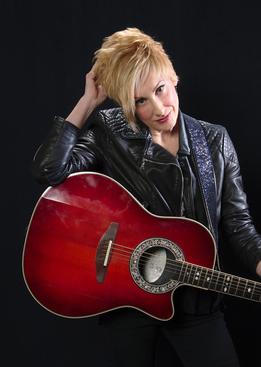 Sunshine Jones  has thrilled audiences nationwide as she toured in Nashville, Las Vegas, Pennsylvania, New Jersey, New York, and Florida over the last 15 years performing over 3,000 shows. Her smooth vocal style and blend of chord-melody and rhythmic guitar playing puts a unique twist on favorite songs that is sure to keep audiences coming back for more.

Sunshine has been a featured performer
several times on National Public Radio. While in Nashville, she recorded vocal tracks for the Pam Tillis band. Sunshine has also headlined at St. Simon's Island, GA for their famous Jazz in the Park series several years in a row.

Having gained immense popularity in the Southeast with the success of her first CD "Two Glasses of Wine,"  Sunshine recently decided to return to her roots in Southern New Jersey. She can be found performing all over the tri-state area as a solo artist. Sunshine has also performed with duos/trios and most recently performed with The Loop band as a keyboardist and rhythm electric guitar player.